How to Play Crokinole: Complete rules of Crokinole

Crokinole is a dexterity game that can be played for fun but also competitively. Crokinole is a very popular board game in Canada and America since the late Victorian period.

As for today, the tiny town of Tavistock (3000 souls), Ontario, Canada, holds the World Crokinole Championship  every year in June for the last 19 years.

While it is a rather simple game, everyone can play and understand the simple rules in minutes, you will need a lifetime to develop your strategy and become good enough to master it.

The first Crokinole board was made in the province of Ontario, Canada by a farmer and woodworker called Eckhardt Wettlaufer, who crafted the board for his son Adam fifth birthday, in 1876. 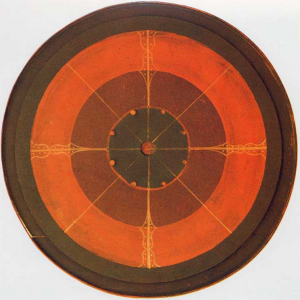 The three circles are painted on the surface and it is decorated with four stylized tulips dividing the board into quadrants; each of those quadrants is further divided by painted lines converging at the centre hole. That Crokinole board can still be seen today in the Kitchener’s Joseph Schneider Haus Museum, a national historic site. 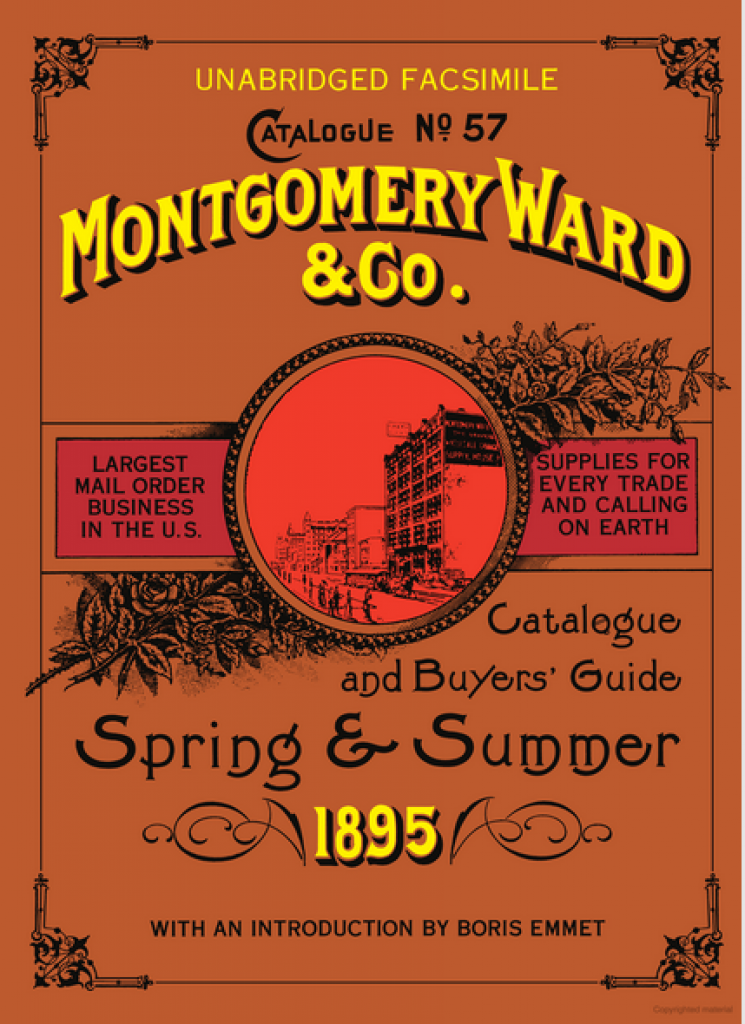 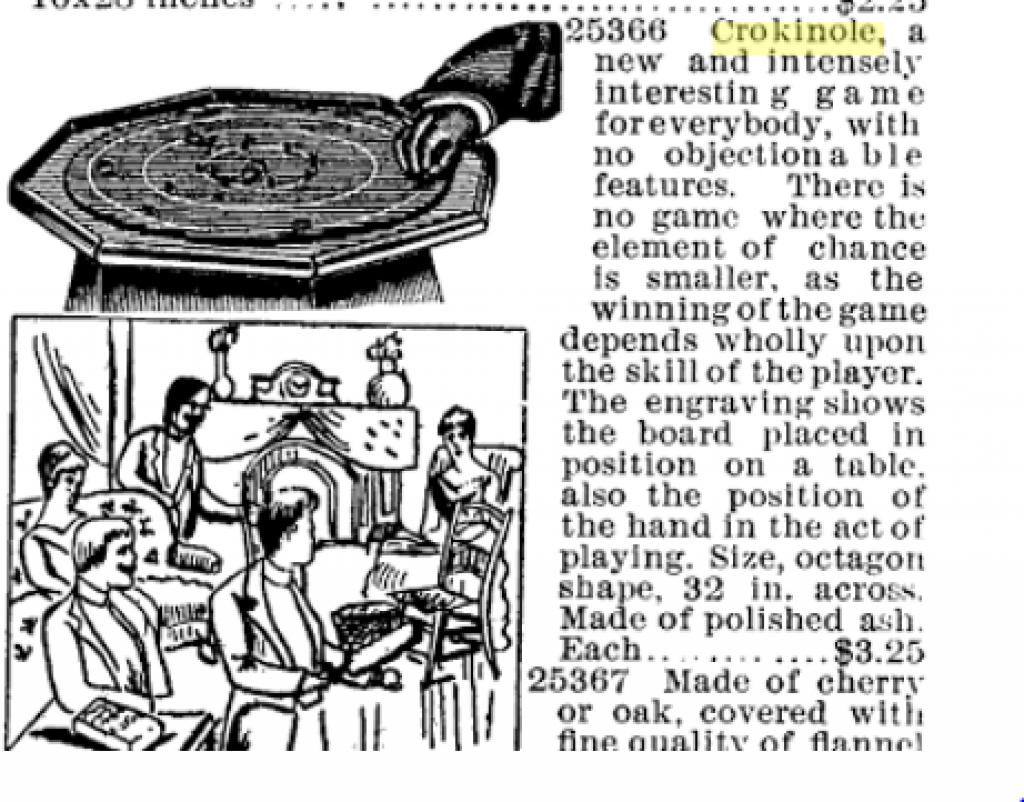 What is the goal of Crokinole?

The aim of Crokinole is to be the first player to reach 100 points.

Points are scored when players, who are firmly holding the end of their index or middle finger against the thumb, flick their disks as near to the central hole as possible. The added twist that makes Crokinole so great is that you must try to knock you opponent disk further away or in the ditch.

In other words, you must try to dispose you opponents disks while keeping your own disk in the high scoring position. If you don’t touch your opponent disk, you disk get removed from the board.

The Crokinole Board Layout

The Crokinole board is divided into sections.

Note that if a disk is resting on the line, it will be scored  as being in the lower scoring ring.

Crokinole Board Game layout (from http://www.crokinole.com)

How many players can play Crokinole?

Crokinole is a game for either 2 or 4 players

Who start playing first in Crokinole? 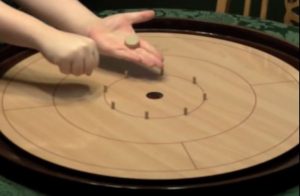 Who start the game of Crokinole

How to shoot in Crokinole?

Note that some regional rules might differ on that specific point but this is the way Crokinole is played during the World Crokinole Championship.

If an opposing disk is on the board: 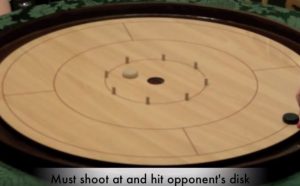 Opponents disk is on the board 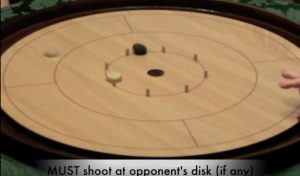 Player must shoot at opponent’s disk

The scoring occurs at the end of a Crokinole round, when all the 24 discs have been shot by the players.

Each players will count their disks

Remember that if a disk is resting on the line, it will be scored  as being in the lower scoring ring. 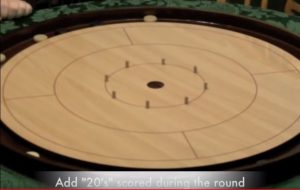 Add the 20’s scored during the round 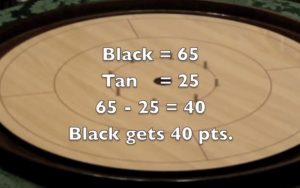 Best Board Games 2017: Discover the best board games released in 2017